Back to the future

Since starting my own business just over a year ago now, I have been a little quiet on the blogging scene. For those of you who have had the misfortune of reading my blog, this has been some what of a relief, in not being subjected to a crazy mixture of Heavy metal, Horticulture, Tattoos and a rather surreal look on life but all this is a about to change; now that I have a little more extra time on my hands ….. 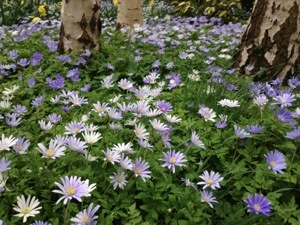 When leaving Trinity, many people thought this was a crazy move. To leave a Head Gardeners position at one of the most respected, famous colleges in the country/world and to start your own gardening business in this day and age…..I had to be mad. Believe you and me, over the past year, I had thought the same thing many many times.

It wasn’t an easy decision to leave such a wonderful place like Trinity but it was one I had to make…..my health did play a factor in my decision. Suffering with high blood pressure, depression, stress and anxiety, all leading up top having a seizure whilst out shopping (I’ll try anything to get out of shopping), this did put a lot of things into prospective. Although, it wasn’t just my health that brought me to that decision, in some ways, it just brought it forward but the fact that there was more things outside of Trinity; that I wanted to explore and do. 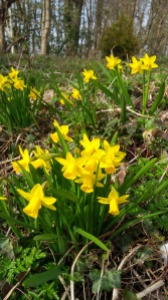 Since leaving Trinity, I have had the pleasure in working in some truly wonderful private gardens and meeting some equally wonderful people, this may not have happened if I had stayed put. Apart from the curse that I seem to have of ‘every car I own turning to shit’ and my health giving me a bit of a kick from time to time, things were looking up for 2016.

Then just before Christmas of last year, I woke up one morning with the worst back pain I had ever suffered……I hadn’t realized that sleeping was that bad for you! I do have a history of back problems, as most gardeners do but this was the worst back pain I’d ever suffered, so bad, I had to take my hat off (people who know me will know where I’m coming from on this one)! It floored me for the rest of 2015 and made the beginning of this year a little tricky. The doctor diagnosed me with having Arthritis of the lower back, not surprising after all the back problems I have had.

I’m presently only doing practical gardening on a part time basis at present and also doing a few ‘swinging your hip’ exercises and the old back seems to be improving, although this will always be an ongoing battle. So I have had to fill my time in another way and have brought forward yet another idea I have been working on for sometime………I think I’ve been here before.

I have always had an keen interest in writing and trying to encourage people into the world of horticulture, so I have combined the two together and have written my first book. I will not go into to much detail just yet but it is a short mythical story aimed at kids which will hopefully become a series of short stories, set around the wonderful world of gardening and the countryside around us.

The first book is now complete and with the help of a very good friend who is going to help me push my idea forward and help me promote it and with my Dad doing the art work for it………this year could be an interesting one.

I have always mentioned Trinity in many of my posts but some of you will know that my love of gardening started knowing and working in my early years at Hemingford Grey manor. Both my Nan and Grandad worked at the manor and I had the great pleasure of knowing Mrs Lucy Boston personally, who wrote the ‘Green Knowe’ books based on the house and its garden. The garden inspired me to head into the world of horticulture and having known Lucy Boston, this has given me the inspiration of picking up the pen. Now I know that I will never be in the same league as Mrs Boston but I’m hoping to have a lot of enjoyment in giving it a go. So this is why I feel that my career has gone/going ‘Back to the future’…….