The ‘Place of Spades’ (Rock Garden)

On the 28th December 2015, Ian Fraser Kilmister aged 70, died after a short battle with an aggressive cancer. 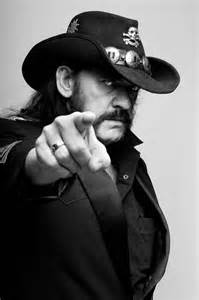 Known to many as Lemmy the lead singer and main front man of the iconic heavy metal band ‘Motorhead’. He was often known as the ‘God father’ of heavy metal, although this was a title that he didn’t always embrace and if any of you who had seen him in concert, you would always hear him say at the beginning of every show ‘We are Motorhead and we play Rock ‘n’ Roll’.

I was fortunate enough to see them four times in concert and they blew me away every time. Along with Lemmy’s distinctive vocals and overall presence on stage (warts and all), Motorhead were a awesome live act.

“If we moved next door to you, your lawn would die.” – Lemmy

So as a tribute to Lemmy and too all who played in Motorhead, especially Phil Campbell and Micky Dee who are legends in their own right; I thought I would put together a ‘Rock Garden’ post dedicated entirely to Motorhead! For those of you who have not read any of my ‘Rock Garden’ posts, you’ll soon get the gist of it and if you love plants as well as loud music…. you should enjoy this.

So put your feet up, pour yourself a Jack Daniels and coke and turn the volume up to eleven!

I was so pleased to be able to add this conifer to this post, not just so I could include the following song but this is a wonderful conifer that would suite most gardens. A slow growing medium sized conifer that has wonderful golden needles and a great conical shape. A hardy conifer that is best planted in full sun and prefers a well drained soil.

Released in September 1978, it was Motorhead’s first single on Bronze Records. The song was originally written by by Richard Berry in 1955 and it has been covered countless times but it is Motorhead’s version for me…. eclipses them all.

Now I have included this Scabious in another post but you can not do a Motorhead themed post without including the ‘Ace of Spades’. This Scabious has the most perfect of all the dark purple flowers that appear almost black. Good sized pin-cushion flowers that haves a slight scent. Best in well drained soil in full sun, flowers through the summer until the autumn and they are good for cut flowers.

Rock fan or not everybody knows this song. For many, this is the greatest Heavy Metal song ever written. The album ‘Ace of Spades’ was released in November 1980 and it was their fourth studio album, it reached gold status in March 1981.

Great name, great plant! A vicious spiny Bromeliad that has grey/green foliage with a red tinge to it. I know very little about Dyckia’s but what I do know is that, they come from South America and prefer sunny rocky areas. Although in this part of the world, we have to grow them indoors. Similar to Puya’s a plant I am familiar with… I have the scars to prove it!

From their 1984 album ‘No Remorse’. Snaggletooth is the name of the very recognisable image/logo that comes with the Motorhead brand.

Love Alstoemeria’s and particularly this one. Creamy variegated foliage with superb red flowers and this will flower from June right through until November.This Peruvian Lily is a hardy plant that will do well in full sun or part shade and makes a good cut flower. Growing to a approximate height of 70cm, is perfect for any border or you can grow in a pot. Needs a moist but well drained soil.

Rock ‘n’ Roll is a song off the album with the same name. It was their eighth studio album released in August 1987 and it also had the song ‘Eat the Rich’ on it, which was also the name of the film that Lemmy starred in.

Now this plant is only in it for its name!

It’s a Begonia and it does what Begonia’s do. Sorry, I cannot get excited about these plants  but I suppose I’d better try and write something positive about it, so here goes. A fast growing Begonia that is easy to grow. Grown mainly as a indoor plant here in the UK and would look good on any window sill (or bin). Over watering and feeding will eventually kill’em off……..right, where’s my hosepipe and maxicrop!

From their 1979 album ‘Overkill’. Capricorn is a slightly slower bluesy type song, where the title song ‘Overkill’, is a full on power house of a song…… more on that one later.

Native to Western Australia, this is a truly wonderful Orchid. There is also one known as the ‘The warty hammer Orchid’ (Drakaea livida), which is perfect for this post, as Lemmy was also well known for his facial warts. Grows to a height of approximately 40cm, it uses it’s green/yellow flower with a red labellum to attract the local male wasps, which then go on and pollinate other Hammer Orchids.

I may not have been entirely truthful on that last comment.

From their 1980 ‘Ace of Spades’ album, ‘The Hammer’ is the last track on side 2 of the album and it certainly delivers a killer blow.

A wonderful little plant, with a very unfortunate name. The ‘Bastard balm’. A woodland wildflower that all insects absolutely love. Mainly found in the south west and south wales, this a truly delicate little gem that has been lost in many areas. An uncommon plant that prefers dappled shade but will also grow in partial shade and in full sun.

‘Die you Bastard!’ is a pleasantly titled song from their 1983 album ‘Another Perfect Day’. I could have also included their 1993 album titled ‘Bastards’, or the fact that Lemmy briefly thought of calling the band ‘Bastards’ but knew they wouldn’t get on ‘Top of the Pops’ if they did.

So there you have it, a mixture of some great plants and music all with one thing in common…….their name!

Although we do have time for one more song?

A song that always came at the end of their gig and for me, it is probably the greatest song ever written…… OVERKILL!