It’s Back and very little has changed.

Yep, another one of those pointless ‘Rock Garden’ posts. One thing I will say, is that in this post there are some beautiful little gems that would look good in anyone’s,  house, garden, conservatory or greenhouse. 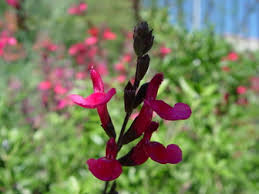 A beautiful, coral pink, flowering Salvia with fragrant foliage. It is an upright vigorous Salvia that has an eventual height and spread of approximately 2-3 ft.  Native to West Texas and is sometimes known as the ‘Autumn Sage’, this plant is attractive to bees, butterflies and birds. This Salvia is definitely on my ‘must buy’ list, that’s if I can get hold of it.

The Troggs were an English rock band formed in 1964. ‘Wild Thing’ was originally recorded by the American band ‘The Wild Ones’ but it is the cover by The Troggs in 1966, that it is best known for reaching No. 1 on the Billboard Hot 100 in July and No. 2 in the UK charts. The Troggs singer-songwriter Reg Presley, died on the 4th February 2013 …. I just had to include this song. 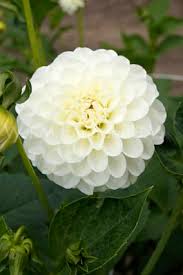 A soft white ball Dahlia that can reach a height of 3ft, the flowers can get up to 10cm in size and you can also get them in red and in yellow. Not so long ago, I would have had nothing to do with Dahlia’s, but then slowly I started to like some of the single flowered ones and now I am on to some of the more posy looking Dahlia’s.

A tropical perennial from east Africa. It is grown as an indoor/greenhouse plant, but it can can be left outside in the warmer months. Grown specifically for its foliage, this plant can grow to 60cm in height. All parts of this plant are poisonous if ingested. For more information on this plant read this article from this interesting website that I found …… The Daily South.

This one will tolerate most soil conditions, it likes full sun and partial shade and is a beautiful Allium for any border. It can grow to approximately 60 cm in height and it has good sized purple flowers. Good for cut flowers and butterflies and bees love this Allium …. this one is also on my ‘must buy’ list.

The Who ‘Pinball Wizard’

From the Who’s 1969 rock opera album ‘Tommy’. The album tells a story of a deaf, dumb and blind boy. In 1975 ‘Tommy’ was made into a film where Roger Daltrey played the role of Tommy. The album since its release has sold over 20 million copies.

Native to South Africa, this is a stunning Lily that has beautiful red fragrant flowers from July – September, reaching an approximate height of 60 cm. In the UK, they are often grown in containers and conservatories, they can be planted in the ground but will need protecting from the frost.

In a previous Rock Garden post I was rather mocking of Deep Purple, this time I will be more respectful towards them. The Fireball album and the song of the same name was released in 1971. It is the song that has the noise of an air conditioning machine at the beginning. John Lord unfortunately passed away on the 16th July 2012 …. another great rock legend we have lost recently.

A multi coloured, flowering, hardy Hydrangea, where the colour will differ slightly depending on the soils ph level. Flowers from July through to September  reaching over 1.2m in height, this is a wonderful shrub that will look good in any border.

Where do you start with this one? Glam Rock developed in the UK in the early part of the seventies, with such bands like: Sweet, T Rex, Roxy Music, David Bowie, Mud; with bands like: Slade, Mott the Hoople and Roy Woods Wizzard coming a little later. In America the likes of: New York Dolls, Lou Reed and Iggy Pop were beginning to make their mark.

There is one artist that I have to include in this and that is ….. Suzi Quatro.

In the late seventies Glam Rock slowly went into decline only to give way for Glam Metal acts like: WASP, Cinderella, Poison and of course Motley Crue.

Now you won’t find too many horticultural type blogs with the following video in.