Here I go again (no, not the Whitesnake song)….but combining music with gardening!

Although this time there is a slight difference from what I normally do. Any of you who have had this misfortune of reading any of my previous posts, will have come across my ‘Rock Garden’ posts. However, this time there will be no, biting the heads off bats, singing about the Devil, songs about sex and videos with scantily clad women. I got into Heavy Rock/Metal and Punk music at an early age. It was while listening to one of my parents Classical LP’s and hearing ‘Ride of the Valkryies’, I can remember thinking this is great; but is there anything a little louder? That’s when I found Quo, Motorhead and Black Sabbath. Even though I moved onto music that was more louder, faster and more aggressive, I have always loved listening to classical and Instrumental music. Classical music and gardening go well with one another. If you ever watch a video of a garden on telly or on Youtube, it is always accompanied with a piece of classical music. Many do say that Classical and Heavy Metal music can affect plant growth in different ways but that one….is for another post! So here we go. For those of you who haven’t read any of my music blogs before, you’ll soon get the idea; for those who have, it’s the same old rubbish…..just different type of music.

Lilium ‘Vivaldi’ is a clump forming bulbous Lily, reaching approximately 1 metre in height and has a beautiful pink flower. This is close to the top of my shopping list.

Antonio Vivaldi born 4th March 1678 died 28th July 1741. There was only one piece of music I had to include in this post and that is ‘Four Seasons’. Not all of it just ‘Spring’.

The Moonlight Scotch Broom. It is a beautiful, pale yellow, spring flowering shrub. It is fast growing, reaching approximately 1.6 metres in height, not one that you would come across too often.

Beethoven – ‘Moonlight Sonata’. Composed by Ludwig Van Beethoven, this has to be one of his most famous pieces of music. 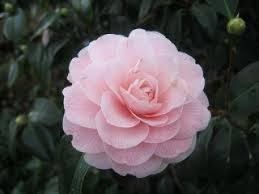 A fully hardy, double creamy, pink flowering Camellia. This is definitely going to find a home somewhere at Trinity.

Ave Maria (Schubert) Schubert’s most famous piece of music, it has been recorded by a number of artists…I have often wondered how it would sound if Lemmy was to sing it?

It’s an African Violet, it’s blue, it’s boring and it certainly doesn’t interest me. It’s only in because of the following piece of music.

Enya – Caribbean Blue. I love this singers voice so much, my youngest daughter is named after her; saying that, if she had been a boy, she would have been named either Ozzy or Lemmy. Ever since I heard her voice in Clannad I have been a big fan.

1812 Overture was composed by Pyotr Ilyich Tchaikovsky in 1880. Now, everybody has heard this piece of music. 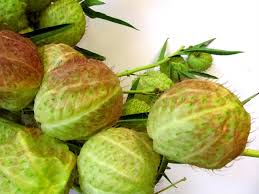 Not your usual Asclepias, one common name this has is ‘Monkey Balls’ I’ll let you work that one out. A good cut flower.

Moby Dick – Led Zeppelin. Now I had to slip a bit of rock in somewhere. Moby Dick is an instrumental from the album Led Zeppelin 11, this is John Bonham at his very best.

A small evergreen shrub reaching approximately 1 metre in height, that has beautiful pink flowers in the spring. A fully hardy shrub that needs acidic soil.

ELO – Roll Over Beethoven. Alright, so the following video is not strictly classical or instrumental, but it is about one of the greatest composers/pianist of all time.

Now this added little extra is thanks too Pollie Maasz, who sent me this via Twitter.

It has beautiful rose pink flowers in the spring with dark green foliage flushed with red, turning to a glossy maroon colour in the winter. This is another plant I have added to my shopping list….thanks Pollie 🙂