The Dark Clouds of Horticulture 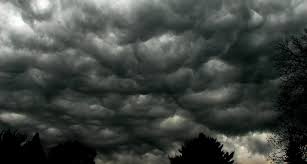 After all the storms that have been battering the British Isles in the last few weeks/months, we had a quieter week last week, that was until Friday afternoon; when the dark clouds started to gather again. This one has been hitting this part of the world on and off for several years, for some of us it affects us every day for me most, it certainly affects my long term planning and I do also have major concerns for the future, both within Trinity and outside.

Whilst enjoying a near perfect Friday afternoon, I received a phone call from a former short term trainee, who joined us not long after leaving school. He joined us shortly after I became Head Gardener and I remember his enthusiasm, easy go lucky personality and his love for gardening very well. He left us to go on to college to further his horticultural career. The phone call started really well with the usual pleasantries and then he asked me if I could be a referee for him, something I was more than happy to do. I then asked him what he needed it for? He said he needed it for a job as the course he was on was ending very soon due to funding cuts and lack of trainees. At first I thought it was just the course ending, then I found out it was the whole horticultural side of things that was shutting down for good. This wasn’t the first college to end it’s horticultural courses, it’s sister colleges had already done so.
This news saddened and angered me, firstly for the poor lad who’s course was ending but for the industry itself and the fact that this was the same college I had done my training, way back when I was 16 in 1986.

Now ‘The College of West Anglia’ (Milton Farm College as I knew it) first broke the news in May of last year that it was to close the Horticultural section but this was the first I had heard of it. Many would say this is just the ‘sign of the times’ and this isn’t the only industry being affected. True, although I would argue, this has always been the case in the horticultural business.

I did write a post about this in August 2012, on why horticulture is struggling to get younger people to come on board. I will not go into all the factors again, those you can read in the ‘For those who are about to Garden- We Salute You!‘ but a lot of it does boil down to: money, training and the certain amount of negative stigma attached to being a gardener.
As for the training is this just a regional problem? For anyone in the Cambridge area wanting to do a more general horticultural course, you will have to travel away from the area, if you can that is. Remember this is not always possible for everyone to do. There are still some places around here that you can do: spraying, chainsaw, mewps and thank god for the Cambridge Botanical Gardens but for places all round; it is very limited. Before the course ended, again because of the lack of trainees, we use to have students from Writtle College coming to Trinity to do their sandwich year for their HND or ND in Horticulture. They found the time spent here extremely helpful for their career but found the cost of living in Cambridge to be too high, especially on a Gardeners wage. Writtle still does have a horticultural section, for how long is anyone’s guess but no longer have those types of schemes.

When I started out in horticulture in the eighties, it was always going to be tough going but at least I didn’t have to far to go for my training. Luckily I had worked at Hemingford Grey Manor before I left school and then found a local wholesale nursery to do my YTS with and with ‘The College of West Anglia’ close by; I was pretty much sorted. Now, this would not have been so easy especially, if you could not afford to travel for your training or could not get the funding to move. Yes, you could probably get on a apprenticeship scheme or find a employer willing to pay for your training and I do feel employers could be doing more but there is one other major issue that people do think about before choosing horticulture…….money!

It has always been the case in all areas of horticulture, that unless you make it to a managerial position, own your own business or land a job on TV the money is poor. With the cost of living rising on a weekly basis, this will only get worse. Saying all that even being in a managerial position and having your own business, things are still tight and the other challenges that come with it are just as hard or harder and yes; the weather is one of those many challenges.

Being a Head Gardener, the lack of new people coming into gardening does worry me, where are all our future Gardeners going to come from? Is horticulture becoming dying trade? Is this just a problem in my area or is it nationwide? How is it in other parts of the world?

Looks a little glooming doesn’t it. For those of you who are considering a career in horticulture, or those of you who have already made the plunge, I take my hat off to you (those of you who know me, you know this doesn’t happen often, if at all). Like I said in my last post on this subject in August 2012 – ‘For those who are about to Garden… We Salute You!’ I say this even though it is the best job in the world and this industry needs you….. it is still a brave decision to make.