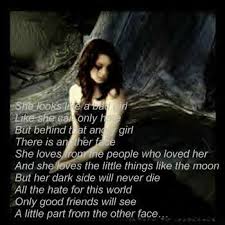 Enter a garden where all is dark and foreboding. Imagine a garden that is always overcast, raining (just like real life then), cold and uninviting…… for some anyway.

I must admit, I did find it hard not to turn this into a full ‘Rock Garden’ type blog, saying that….. you will find a few music videos along the way. The idea had been given to me by my wife, after she had found several photos of black coloured flowers, put on Twitter by the Lovely Kat Von D. At first, I thought this was the perfect idea for another ‘Rock Garden’ blog but instead, I have mixed it up a bit and not added a rock video after every plant; although I have kept to a similar concept I have used before.

I have started with a few plants that have dark/black flowers then in another section, have moved onto plants that are: poisonous, sting, smell horrible and ones that even eat small animals or insects. Put all these together in one place (along with the odd creepy crawlies) and you begin to have the makings of a ‘Dark Veiled Garden’.

“Light thinks it travels faster than anything but it is wrong. No matter how fast light travels, it finds the darkness has always got there first, and is waiting for it.” Terry Pratchett. 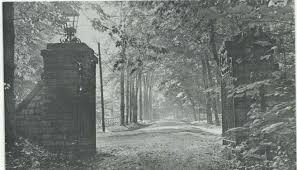 A beautiful supposedly true black flower with a yellow centre. This is a hardy biennial that can grow in sun or partial shade.  There are many black flowered varieties out there on the market and the one I’m more familiar with is Viola ‘Blackjack’.

According to folklore, if you pick a black Viola on a sunny day, it is thought to bring a storm but if picked before the dew dries on its petals, it foretells the death of a loved one….. oh bugger! 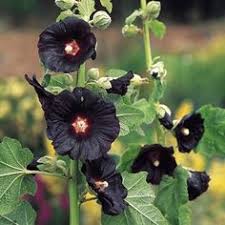 Ah, the beautiful Hollyhock. Another one of my favourites, this Hollyhock can grow between 4-6ft and is another great biennial for any garden. It flowers July – September and the birds and the bees love it.

With a plant called ‘Black Knight’, I had to include this song into the blog. From the ‘Ancient’ old rockers themselves, who have a combined age of 480 years……. Deep Purple. 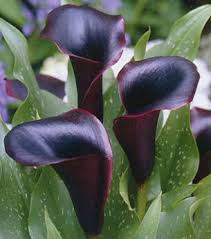 PHWOAR!! Sorry (not professional). This is one hell of a cracking Calla Lily (Arum Lily), this one is a bit of rarity as well.  Not just rare but a bit of a wimp as well, good patio plant, needs to be brought inside before any frosts.

In some parts of the Middle East, it is believed to keep away ill health but if you are to deliberately break it, you will die a death of fear full agony…. careful! 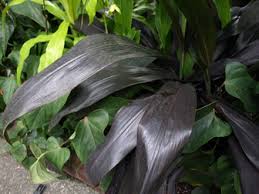 Beautiful jet black and glossy foliage plant that can grow to approximately 2m in height. Its from Australia so it’s a bit of a wimp (yep, I’m still smarting over the Ashes), so again not overly hardy.

In Singapore, this is not grown in peoples home gardens, as it is known as a ‘graveyard’ plant and growing it in your garden would attract bad luck.

I had to include this famous classic by Santana, who is probably nearly as old as Deep Purple, I don’t mean as their combined age….. that’s just being too rude!

Now the last lot of plants may have had black/nearly black flowers but none of them were dangerous in any way, in fact some were to tame. So I will add a few dangers into the garden….. starting with a very non wimp plant from Australia. 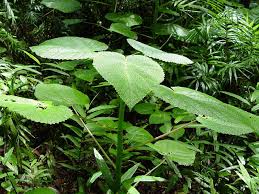 The ‘Stinging Tree’ or ‘Mullberry Leafed Stinger’ as it is often known, this is a large shrub native to North East Australia. Growing up to 3m in height, it has stinging hairs all over the plant that can deliver a potent neurotoxin when it is touched. It has an extremely painful sting that can last several months, this has also been known to kill! 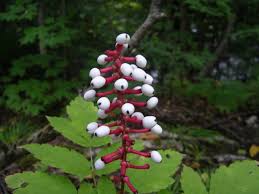 An herbaceous perennial that can grow to approximately 2ft tall, the berries ripen over the summer and the plant is often known as ‘Dolls Eyes’. All parts of the plant are poisonous containing cardiogenic toxins causing heart attacks and death! Native to North America.

Commonly known as ‘Crab Eyes’, the plants seeds contains a toxin very similar to ricin called ‘Abrin’. Just one seed can kill a human after a few days of being sick. A perennial climber native to Indonesia.

Another perennial climber this time from North America. The Moonseed as it is also commonly known can grow to over 6m in height. All parts are poisonous but eating the seeds can be fatal!

A member of the Spurge family that is native to the south east part of North America. This plant contains a nasty punch from above the ground but the roots are very edible. It contains stinging hairs all over the plant including on the flowers and gives a nasty sting to all that touch it but the roots taste like pasta…. mmmmm! 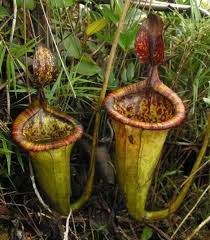 Famously named after Sir David Attenborough, this pitcher is large enough to capture rats as well as insects. This one is native to Central Philippines and can grow to 1.5m in height. 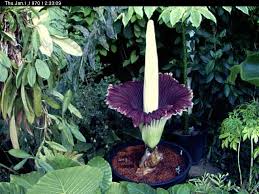 This will bring a wonderful scent to the garden…. that’s if you like the smell of rotting flesh. Grows in Western Sumatra where it can reach 3m in height.

And to give the garden a further edge, here’s a few creepy crawlies to give it that little extra……………. 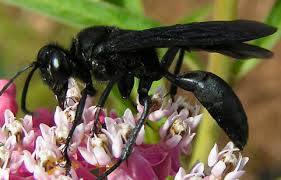 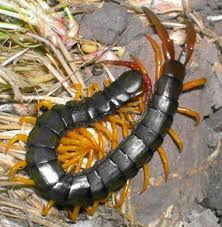 Just to finish off with, is a great song by a band called Cynic (UK). Formed in 1979 from the NWOBHM era, this song is from the their album ‘Suburban Crisis’. I did try and find a plant with the same name but couldn’t…… but I’m putting it in anyway! 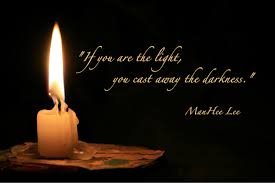