Now, the idea for this ‘Rock Garden’ post’ was given to me by a lady called Gill who writes the ‘ontheedgegardening’ blog….. a blog I highly recommend you read.

Since joining Twitter, I had noticed that as well as a lot of people from the horticultural world were on there, many were and still are; very much into their Punk music. Heavy Metal, will always be my first love when it comes to music, along with: Classical, Blues and of course Punk. Punk has influenced many aspects of Heavy Metal, Thrash Metal in particular. Many Punk bands have covered Heavy Metal songs and vice versa. Although, not all Punks have the same respect towards Heavy Metal well, some of them anyway…….

It was when I had written the ‘Thrash Metal Garden’ blog, that the idea was given to me. So I will start with plant that was suggested….. 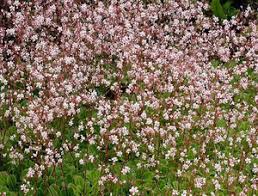 A mat forming beauty. This tough little doer that has beautiful white and pink flowers throughout the summer. A perennial that is easy to grow in any soil and will tolerate deep shade. You can dance on this little fella (but not while in flower), or even do the ‘Pogo’ and it will still bounce back.

One of their most well known of all their songs and probably my favourite Clash song of all time. From their album of the same released in 1979.

The Chelsea Flower Show is the most famous flower show in the United Kingdom. Held in the grounds of the ‘Royal Hospital Chelsea’ in London, it has over 150,000 visitors each year.

Now, I have been to Chelsea a couple of times and would certainly love to go again but there are certain things with Chelsea….. that really do annoy me! I was going to go on a massive rant at this point, give it a bit of the old Punk attitude but decided against this….. I’ll save it for another time!

Elvis Costello – (I Don’t Want To Go To) Chelsea

Released in 1978 from his album ‘This Years Model’, it reached number six in the UK’s charts.

I know very little about this plant but the golden foliage certainly caught my eye. It is a fast growing plant often used for hedging, it prefers full sun and can grow to over two metres in height.

Ramones – Sheena is a Punk Rocker

Released in 1977, from the album ‘Rocket to Russia’. The Ramones are one of my most favourite top bands, with this song being one of my all time favourites.

Native to Northern China. Salix babylonica is a beautiful large deciduous tree that along with Salix alba ‘Vitellina-Tristis’, is a parent of Salix chrysocoma (Weeping Willow), the one we are more familiar with.

Released in 1979, this was a top ten hit for the English Punk band ‘The Ruts’.

Also known as the ‘Lucky Plant’, this is a very popular house plant. Native to South Africa, this wonderful succulent has pretty little white and pink flowers, dead easy to propagate.

The Flying Lizards were a – New Wave Punk one hit wonder bands. Their only hit ‘Money’ in 1979, was a cover of a Barret Strong song.

You don’t expect to see this in a Punk blog but it is the best version. 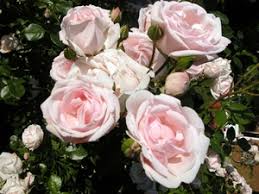 Rosa ‘new Dawn’ is a large glossy leafed climber, that has stunning double pale pink flowers, that carry a wonderful scent. Can grow to over two-three metres in height.

Love this song. This was The Damned’s first ever single, released in 1976. 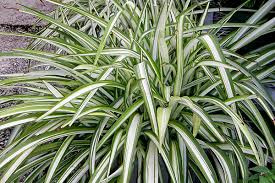 Now everyone knows this plant. When I was a kid, every house I went too had one of these. It is another very popular house plant, that is native to South Africa.

Can’t get enough of The Ramones. A great cover of that rubbish cartoon show ‘Spiderman’. 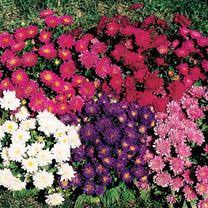 Yep, well, errm….. it’s only in because it has the word ‘Lazy’ in it. It is a half hardy annual that has purple, pink, crimson and white flowers. That’ll do for this one….bored now!

I had to fit a Sex Pistols song in here somewhere, you can’t do any sort of ‘Punk’ blog, without mentioning The Pistols. ‘Lazy Sod’ is from their 1976 bootleg demo album ‘spunk’.

All pictures and videos were nicked off the internet – why? Because…………. I DON’T CARE!!