No Alpine’s or waterfalls here, but maybe a little smoke on the water, just looking at plants that have a similar theme. So I thought I would start with music, Heavy Metal/Rock music to be precise and for those of you who follow me on Twitter, this will be of no surprise.

Yes, I know I maybe a Head Gardener, but there has been many a time I have brought a plant just because it’s a name of a song a band, or there is some other connection with music…. sad isn’t it! As long you have the right place for the plant I can’t see there is a real problem. But there maybe a few plant snobs out there would say, this is not the way to plan a garden, and they are probably right!

A truly wonderful plant. It has taken me a few years to persuade some of the gardeners to include this in our borders. Panicum virgatum ‘Dallas Blues’ is another great plant we have recently added to our gardens and I must admit, it is a better plant than Heavy Metal.

Where and when Heavy Metal music started is slightly unclear, some say it was with the Rolling Stones, others say with the release of The Kinks song, You Really Got Me. But for the majority of Heavy Metals fans it was in the late sixties with the introduction of bands like Led Zeppelin, Deep Purple, Black Sabbath and Judas Priest.

The name itself, makes you think it will be tough and hardy. I lost all the ones I grew within a year, either I was doing something wrong or it is a complete wimp! Good for cut flowers, that’s if you don’t kill it of beforehand!

They have to be the most successful band to emerge from the NWOBHM (New wave of British Heavy Metal) genre, which started in the mid 1970’s. And they are still going strong to this very day. Famous for their large stage productions and their mascot, Eddie and also in 1982 they hit a lot of controversy with the release of the Number of the Beast album. In many American states, the album was  publicly burned by many religious groups, with reports of people running away from the fires saying the smoke was possessed by the devil.

Not much to say about this one….. it’s a Petunia and it is purple. Sorry can’t get excited about Petunia’s. But every plant has it’s place, with this one  preferably the bin! 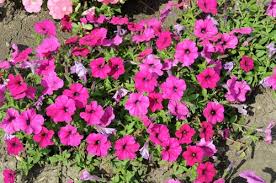 One of the original Heavy Metal bands formed in 1968 and still performing today. This band has had more line up changes than any other band in history, with what must be now an average of over 90, their main stage prop being a Zimmer frame and Sanatogen being there drug of choice. But listening their music still gives me a buzz.

A small Phormium with dark purple/black leaves, can be grown in sun or partial shade. Another new one for me, we planted our first one this year at Trinity.

For many rock fans, it is the ultimate Heavy Metal album of all time. This was the first album to be released by AC/DC after Bon Scott’s death in February 1980. The band very nearly disbanded, but hired Brian Johnson soon afterwards and the album Back in Black was released on the 25th July 1980.

A low mound forming plant with a creamy white variegated leaf that turns pink when the weather is cooler. This plant I have yet to grow, but I already have several areas in mind where I would like to plant it……..well every garden has to have a stairway to heaven somewhere.

Very little you need to say about this one apart from listen and enjoy……..

Begonia metallica is a bushy evergreen perennial, it can grow to approx 1 metre  in height. They have large dark metallic-green leaves, red veins and has small pale pink flowers in the autumn. 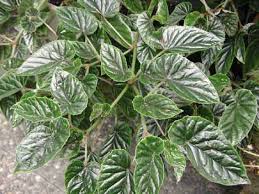 Formed in 1981 in Los Angeles, they have gone on to be one of the biggest metal/thrash metal bands in history. Still going strong to this day, and recently was part of the Big Four tour alongside Slayer, Megadeth and Anthrax.

Too many favourites, had to have more than one link…….

A slightly scented Sweet Pea that has coral pink flowers and can reach over 6 ft tall.

Alright, so Brian Clough has nothing to do with music, and to be honest his views on Heavy Metal would have been interesting to say the least. But the man was a total legend, I had to include him somewhere…….

It’s now over a year ago since I started these Rock Garden blogs….and they seem to be very popular. All done as a bit of fun, but many have said how informative they find them (whilst drunk that is) and a good way of remembering plant names.  So you may get a few more of them in the future…sorry!

If I had known about this plant a year ago, it certainly would have made it into the blog, first time round.

A short and twisted plant that can be grown both indoors and outdoors. It is a plant that thrives on neglect.

Twisted Sister are a Glam Heavy Metal band from New York. Formed in 1972 and still going strong today, they are the kings of cheesy metal; along with their charismatic front….. Dee Snider.  I absolutely love this band 🙂

One more for luck…..