I know… we’ve been here before!

The fourth instalment of what I think could be one of many more … lets be honest! This one is a mixture of suggestions from other gardeners, plants that I had forgotten … and also just searching the web for idea’s.

Whilst ploughing through the internet looking for plants with the same name as a rock band/song, or some other connection; I found some of my all time favourites … result!

Double pin cushion flowers that are as close to black as you can get. Slightly fragrant, it can flower from July through to October.

Classed as a tender perennial/hardy annual it is a plant we have not grown for a few years … time for a come back I think. 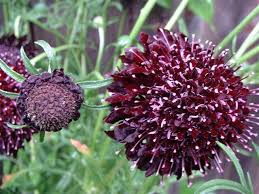 “We want to be the band that if we moved in next door to you, your lawn would die” ~ Lemmy …… I would still love to have them as my neighbours … I’m used to pests damaging my lawns … they can always be fixed.

Motorhead, formed in 1975 by god himself… Lemmy.

Lemmy Kilminster was previously in Hawkwind before being kicked out in 1975, after he was arrested for possession of drugs in Canada; he then went on to form Motorhead … and the rest is history.

The song is recognised as the definitive metal anthem amongst metal fans … and along with their song ‘Overkill‘ they are both in my top 10 all time favourites songs.

A tall bearded Iris that can get to a height of over 46″ and has very dark purple flowers. Likes full sun and can get up to nine blooms per stalk. 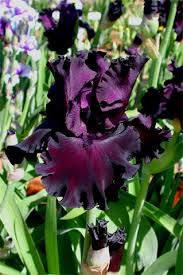 From Metallica’s 1984 ‘Ride the Lightning‘ album, it was released as a single on the 30th September 1984. The song has been voted by Guitar World readers as having the 24th best guitar solo ever.

The song starts off slowly and then gradually becomes heavier as it goes on, again this song is one of my all time Metallica’s favourites.

This variety has purple-blacked leaves which are slightly glossy on red stems. Can bear small yellow flowers in a hot summer. For the exotic feel, it can be planted in the borders in the summer, but would I would bring them back to the glasshouse in the winter.

Formed in 1976, Diamond Head are one of the leading members of the NWOBHM (New Wave of British Heavy Metal). Many heavy metal bands of today have said they were heavily influenced by Diamond Head.

Metallica have covered several of their songs including a cover of ‘Am I Evil‘; which has to to go down as one of the best cover songs of all time. As for the original, ‘Am I Evil‘ is again one of my all time favourite songs.

Melaleuca quinquenervia is native to Papua New Guinea, Solomon Islands and Eastern Australia. It has naturalised itself in the Everglades, Florida where it is considered a pest.

A small to medium fast growing tree that does very well in poorly drained area’s. 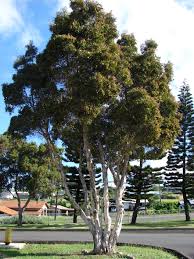 Punk is said to have started in 1974, with the New York Dolls and The Ramones being the fore runners of Punk music.

Punk then developed over the next two years and in 1976, bands like The Sex Pistols and The Clash hit the stage. The Sex Pistols being one of the most notorious bands of all time, giving us great classics like ‘God Save the Queen‘ and ‘Anarchy in the UK‘.

A beautiful climber, which is found growing wild up trees and cliffs in Western China.

It has beautiful lilac blue scented flowers in May/June. Great plant for training on a trellis or through established trees and shrubs.

‘Caroline‘ by Status Quo. Now this one is in my top three songs, and it is probably the first song that I heard, got me listening to heavy rock/metal music.

Wildflower meadows provide a home for many colourful wildflowers and is a natural home for butterflies, bees and many other insects.

In recent years we have unfortunately lost many of our wildflower meadows, they can never be recreated fully, but with time and a little hard graft … the wildflower patch can be grown from scratch.

We are fortunate to have a large wildflower area at work, but I am also looking at increasing the wildflowers in other area’s in the garden. 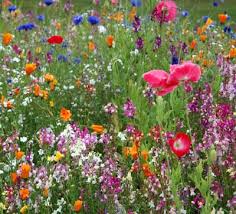 ‘Wildflower‘ by The Cult, from their 1987 album ‘Electric‘. The powerful opening guitar riff to this song will stick in your head for hours, this track was the most successful single to be released from ‘Electric‘.

Can grow up to twenty feet in one year … not bad for an annual. You get this in a variety of colours and has been a favourite amongst gardeners for many years.

Now, this plant can infuriate me more than most other plants … why? When it flowers it can be spectacular; but more often than not … it has not given us the flowers we expected! We have replaced it more with Cobea scandens, a much better plant and it is scented as well.

From the 1995 Oasis album …  ‘(What’s the Story) Morning Glory’. Can’t say too much about this one, I like their music but … I have never been a big fan of theirs.

The first bi-colour Veronica, it has a compact habit growing to a height of 30cm, with fuchsia-pink and white striped flowers, it flowers from June/July right through to October. 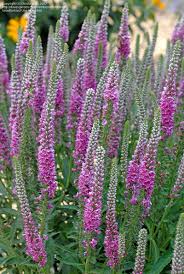 Released on the 12th May 1967, from their ‘Are You Experienced‘ album; this is one of Jimi Hendrix most well known songs.

A hardy Alstroemeria that grows well in sun or shade. Flowers from June right through until late October, with its striking orange/red flowers and creaming variegated leaves … this is a truly stunning plant.

Now I could of gone with the genre of Rock ‘n’ Roll … but thought I could do a whole post on this alone.

You grow this plant and you will … GET YOUR COLLAR FELT!

Cannabis is one of the most complex plants with over four hundred compounds identified. Recent research has even suggested that cannabis affects different parts of the central nervous system in different ways in the same person.

Medical experts say it can cause psychological problems and smoking it can lead to diseases like lung cancer. 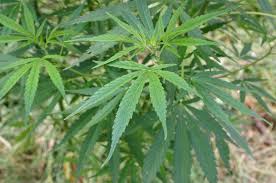 Hawkwind formed in 1969 they are the fore runners of space rock. They have had numerous line up changes in their long history, with Dave Brock being the only member of the group to have been constant throughout the bands history.

Now the link with the above plant … do I really need to explain that one?

The Doors … The End