The Rock Garden lll, the last one… or is it?

I was planning on giving it a little longer between the second and third but having seen a amazing Hemerocallis during the week on Twitter… I just had to do the third one.

With it also being named after a man that came from my part of the world and for a while, he was part of one of the biggest rock bands of all time… it had to be done.

A beautiful looking Daylily with Violet and cream coloured flower, named after one of the all time legends of rock… sorry not the best photo I could find.

Born on the 6th January 1946 in Cambridge, England. He first met Roger Waters at primary school and David Gilmour when he was a teenager. After a time at the Cambridge School of Art, Syd moved to London to attend Camberwell Art College and that is where he finally hooked up with Roger Waters. In the summer of 1965, Barrett and Waters formed Pink Floyd, originally known as The Tea Set.

They signed to EMI in 1967 and then released the ‘The Piper at the Gates of Dawn’. But, Syd became heavily involved with pyschedelic drugs and his behaviour became more erratic, and he parted company with the band in March 1968. After he left Pink Floyd he had very little success and on the 7th July 2006, Syd died of Pancreatic cancer at Addenbrooke’s hospital, Cambridge. Syd Barrett was the pioneer of Pysechedelic and Space rock… 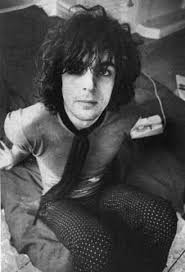 A beautiful pink flowering Hippeastrum which can last for up to six weeks between January and June depending on the conditions. 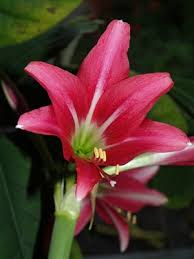 A lot of thanks goes to the man above, Syd Barrett…. no not the other!

Pink Floyd the fore runners of pyschedelic and progressive rock, famous for their philosophical lyrics and elaborate live shows. They have produced some of the biggest selling records of all time, ‘Dark Side of the Moon’ in 1973 and ‘The Wall’ in 1979.

Pink Floyd- Another Brick In The Wall

Reaching nearly 3ft in height and with a beautiful tangerine orange mid/late flower, this is a truly stunning Daylily. 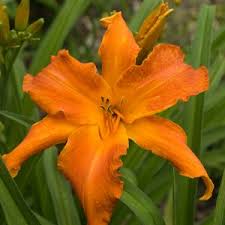 This only just made into the in the blog. Why? Primal Scream in my eyes are more pop than rock, I struggle to put them in the same  category as the other bands I have mentioned in these rock blogs. Primal Scream… more like ‘Gentle Whisper’!

A glossy leafed Rose with soft yellow apricot flowers, reaching a height of only 90cm this makes it a good Rose for containers as well as the garden. A great Rose for all Freddie Mercury fans. 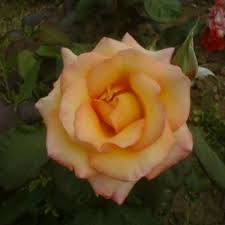 The greatest performer of them all! No-one has ever come close or ever will. Lead singer of the rock band Queen, Freddie Mercury was famous for his flamboyant stage persona and powerful vocals. Sadly Freddie Mercury died on the 24th November 1991… but his music will live on forever.

Queen- Who Wants To Live Forever

A variant of the Ophrys apifera (Bee Orchid). This, as it is with all Orchids is a true stunner, as with the Bee Orchid the flower mimics the insect it is trying to attract.

David Attenborough can explain this more sensibly than myself….

Legends of shock rock/metal, it is said W.A.S.P stood for ‘We Are Sexual Perverts’ or ‘We Are Sexual Prophets’ (or you could make your own up, I have); some have suggested the real meaning is ‘We Are Satans People. Always surrounded by controversey and their single Animal (F**k Like a Beast) released in 1984, was removed from their debut album self titled WASP. Famously on stage, Blackie Lawless once had a flame throwing cod piece explode on him the wrong way…. burning only his legs?! Probably best I stop here on this one… otherwise I will over step the mark- I suppose it saved him waxing for awhile!

It has wonderful blue-green leaves on arching stems and clusters of creamy-white, bell type flowers in late spring. slow to establish with an eventual height of 25-30cm, good for any woodland planting scheme.

Prince Charming was a song written and performed by Adam Ant and released in November 1981. It is a song about not being afraid of what people may say an think of you… following your heart and being yourself.

A climber or shrub found in North America and their is also a variant called Toxicodendron radicans ssp negundo (Eastern Poison Ivy) found in Europe. Can cause mild gastric problems if swallowed, it’s the Urushiol found within in the sap that causes itching and can give you a nasty rash which can last for weeks. 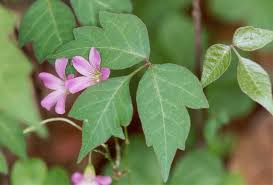 Poison Ivy is a song by the Los Angeles based band Faster Pussycat, from their 1989 gold selling album ‘Wake me when it’s over’. Their self titled debut album is one of my all time favourite album’s but for me- Poison Ivy is their best song of all time.

I thin k we will go with a little Bohemian Rhapsody…. Good Call!