Well I was having withdrawal symptoms … it has been at least eight weeks since the last Rock Garden.

Plus, I was having a little encouragement at work to do yet another Rock Garden …. not that I need any encouragement…

and there is plenty of Sex Plants and Rock ‘n’ Roll in this one as well.

It has fluted (stands on one leg), golden yellow flowers and it has a dwarf habit reaching to about 40cm’s in height. I know very little about this Coreopsis, as I only found out about it this week, but as it is named after Jethro Tull … we will be definitely getting one.

Real oldies these ones are, formed in 1968 and still going to this very day. Their music is a mixture of, rock, folk, blues, electronic, jazz and heavy metal. They are one of the worlds best selling music artists, with over 60 million albums sold worldwide. 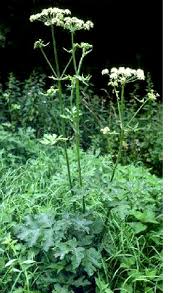 A true giant this one, usually growing two-three metres in height but can reach up to five metres in high. The sap of the Giant Hogweed, causes burning and severe skin inflammations when exposed to ultraviolet light, (the scars can last for many years). Even a small amount of sap in the eyes can cause, temporary or even permanent blindness.

Not a favourite of mine, I have only included the song because of the plant, personally, I would rather listen to (P)Rick Astley than this!!

The Tupi Indians in Brazil first discovered the aphrodisiac properties of Erythroxylum catuaba (Catuaba). The Northern Amazon Indians use catuaba to treat sexual impotence and for boosting diminished desire, it has also been marketed as a ‘Super Sex Drink’. Is also often used as a general tonic and helps with nervousness and poor memory.

A small, vigorous-growing tree that can get to a height of four metres with yellow and orange flowers and it grows in the northern part of Brazil.

Lovehunter, is the second studio album released in 1979 by ‘Whitesnake’.  ‘Lovehunter’s’  controversial artwork was created by fantasy artist Chris Archilleos, it features a naked lady straddling a giant snake. Not their most successful album, but ‘Lovehunter, is one of my all time favourite Whitesnake songs … and not just because of the album cover.

A wonderful architectural hardy exotic plant, that can grow over five metres in height and have an eventual spread of over three metres. We have one at work (soon to be two), it has over wintered in the garden for the last two years. With leaves reaching three feet in size, this is a must buy plant for most gardens, but may need some winter protection in some colder parts of the country.

On the 16th September of this year it was the 35th anniversary of Marc Bolan’s death, on the 30th September 2012 it would have been his 65th birthday. Killed in a car crash at the age of only 29, a tragic loss at such a young age, Marc Bolan’s music is still heard regularly on radio and television to this very day. 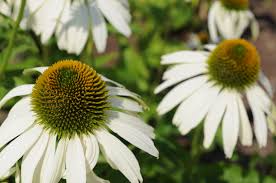 Echinacea ‘White Swan’ is a compact perennial of upright growth, with solitary, white flower-heads with dull yellow centre. A great clump forming herbaceous perennial, with an eventual height of one metre.

One of my all time favourites, released in October 1970. 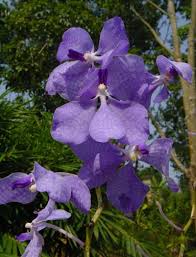 An epiphytic orchid (grows above the ground, using other plants or objects for support), this Vanda is responsible for the many blue and purples seen in many cultivated Vanda orchids.

From White Stripes 2005 album ‘Get Behind me Satan‘, Blue Orchid was voted one of the scariest music videos of all time.

Beautiful red fluted shell like petals, this one metre tall annual is great for cut flowers, a wonderful addition for the summer border.

The Pillows are a alternative rock band from Japan. The song Pied Piper was released in June 2008, from their album entitled ‘Pied Piper’

And one more just for luck…