Here we go again, yet another compilation of music with a list of some great plants for good measure….

As we all know now that heavy metal music is good for your plants, we can play these ‘Rock Garden’posts to your plants, to keep them all happy. This comes about after studies last year revealed that, plants that listened to heavy metal music in-particular Black Sabbath grew and flowered better and those that were played Cl**f Rich**d died….. like I have said many times before that man is the devil! The tests came about after a student wanted to write a dissertation on how music affects plants. They had a silent greenhouse, a classical greenhouse, one that played Cliffs music and one that played Black Sabbaths music. The greenhouse with Ozzys dolcet tones won the contest, the plants were also more resistant to pests and diseases. Hearing all this was music to my ears…. excuse the pun.

I wonder though if we can use Cliffs voice as a weed killer, no hang on a minute… pass me a hoe instead!! Even if it worked, a well written Risk Assessment makes this form of weed control not safe for either environment or user and I do mean Cliffs voice and not the hoe!

Getting back on track, this is the sixth ‘Rock Garden’ I have now done, with the odd Classical, Punk,Thrash and Christmas ones thrown in for good measure. I still have many more ideas for, plants and music in this series of posts, so this will not be the last one by far….. sorry! 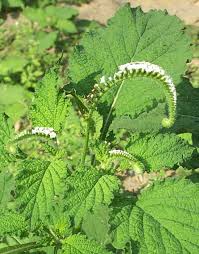 A beautiful white flowering  perennial that is native to Florida. This will seed everywhere and the birds and bees love it. This plant can grow up to two feet in height and approximately two feet across, it will also tolerate full shade.

The Scorpions are a German heavy metal/rock band that formed in 1965. They are the most successful rock band in Germany’s history and they are still touring to this very day.

Considering the weather we have been having in the UK this winter, I thought the following song was quite appropriate….

Native to North America this is a tall perennial herb, that can reach to nearly five feet in height. It has a very beautiful white flowers in the late summer followed by small seeds with fluffy white tails. Unfortunately, the White Snakeroot does have a dark side, it contains the toxin ‘Tremetol’ and when the plant is eaten by cattle, this gets past on to humans. Many early settlers died in North America drinking the contaminated milk from cows, the poisoning is also known as ‘Milk Sickness’.

Whitesnake formed in England in 1978 by lead singer David Coverdale. They were often compared to Deep Purple in the early days, which I felt was a little unfair, as they are both great bands in their own right. Two of my my all time favourite albums were penned by Whitesnake ‘Lovehunter’ and their 1987 album called ‘Whitesnake’.

Now I wonder why I like this next video……

This is a deciduous shrub or small tree that has the most beautiful pink flowers in spring. The leaves are of a wonderful heart shape and they have purple seed pods in the autumn. It can grow to a height of approximately twenty five feet in height and is also known as the ‘Love Tree’.

Judas Priest formed in Birmingham England in 1969, another one of the ageing head bangers brigade. They are still damaging peoples ear drums to this very day…. one band I have still yet to see in concert.

These Myrmecophyte plants offer colonies of ants both food and shelter and in return the ants help in pollination and seed distribution. Some ants also help defend  their hosts by protecting them from unwelcome visitors, mess with these plants and you will get more than you bargained for. There are over 100 different genera of Myrmecophytes including some Acacias.

This one will please my wife, as she has been a massive fan of his for over a hundred years. Born on the 3rd November 1954 in London, Adam has been in the music scene since 1976 and was part of the London punk scene. I had the pleasure of seeing him in concert in November 2012 with my wife and it was one of the best concerts I had been to. 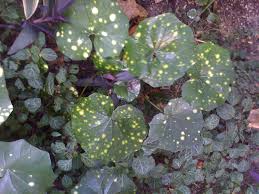 We have this little beauty. I was introduced to this little gem by one of my gardeners and sits very happily in an area we call the Jungle. It is a rhizomatous evergreen perennial that can grow up to two feet in height and it has daisy like yellow flowers in autumn. A superb but tender ground cover.

Def Leppard formed in 1977 in  Sheffield England and they were part of the NWOBHM scene. They are a hard rock/glam metal band still performing to this very day.

This is an epiphytic bromeliad that is native to South America. In this part of the world it is often grown as a houseplant or in a glasshouse, we have some at work and it has been known to with stand long periods of neglect. They have pink/purple flowers in the spring and can reach approximately one foot in height.

A British rock band that was formed in 1970 in London. Queen is probably the biggest and most famous rock bands of all time, it has been estimated they have sold three hundred million albums world wide. On the 24th November 1991 their iconic lead singer Freddie Mercury died and their last album with Freddie ‘Made in Heaven’ was released fours years after his death. Brian May and Roger Taylor still perform to this present day.