‘When Christmas bells are swinging above the fields of snow, we hear sweet voices ringing from lands of long ago, and etched on vacant places are half-forgotten faces of friends we used to cherish, and loves we used to know.’ ~ Ella Wheeler Wilcox

With it being awhile since I have written a post and even longer since I have done a ‘Rock Garden’ post and I thought with it also being Christmas…… it was time to do another ‘Rock Garden’! If you haven’t seen any of the ‘Rock Garden’ posts (you’ve been lucky), these are a collection of posts where I mix plants with music, by connecting the two by: name of song, band, singer or any other connection I can think of; you’ll soon get the gist! Now with me being self employed, I may now get the chance to design and create my very own re-life ‘Rock Garden’ of course, one that is slightly different to the more traditional type rock garden.

Not all songs within this post will have a Christmas theme and one or two come with an ‘X’ rating, including some of the plants themselves………you have been warned! 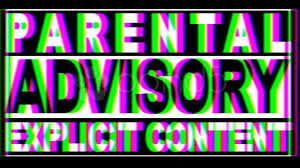 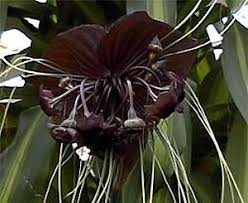 The Bat plant, ugly, beautiful and very unsual. This strange looking plant comes from east asia and can grow to approximately 3ft in height. Their black bat shape like flowers can grow to nearly 12 inches long. This is the sort of strange looking plant I would love in my garden but unfortunately we do not have the right growing conditions for it in this country (not outside anyway).

Now, there is only one way I could go musically with this little beauty….

Mr Ozzy Osbourne, the man who put bat and dove on the menu and who sometimes wore a green dress…….. he could of wore a pink tutu instead! 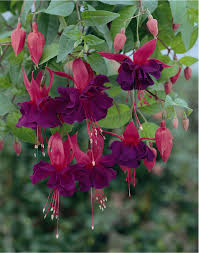 This is a small deciduous shrub that has red maroon coloured flowers in the summer. Now I’m not a big fan of the Fuchsia family but they have grown on me in the last few years although I will admit, this one is only in it so I could put the following song in. Sorry it’s a Fuchsia, I struggle to get excited with these but there are a few that have caught my eye in the past; Fuchsia arborescens being one of them.

From Aerosmiths 1989 Pump album, this is a rather dark song about young girl (called Janie) who Shoots her abusive father.

Right, now, sensible face needed. I could of just put a picture of David Cameron on instead’ or any other member of parliament but I kept to a music link.

The Bolivian torch cactus is it’s other common name, is a tall, erect (sorry), large Cactus that has strong psychedelic properties…. no Viagra needed here then. Had to keep the description short for this one, as it was hard not to litter it full of innuendo’s!

Quite an easy one this. Kiss, the band that were forever singing about theirs….. and they put about a bit as well! 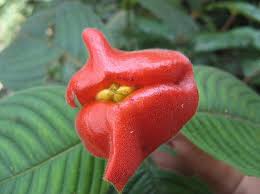 Very unfortunate name this one. This unusual little cracker comes from the rain forests of Central America and it’s bracts are good for attracting Humming birds and butterflies but it’s flowers are actually white. A very weird looking plant which is unfortunately is quite rare due to deforestation.

As for the music, perhaps they should of named this plant after the lead singer out of this famous band….. I would of done!

Or there is always this one….

Absolutely beautiful. This Campanula certainly ticks all the boxes with me, one of those ‘must have plants’. A hardy perennial that loves sun or partial shade that has maroon/pink bell shaped flowers and flowers all summer. With a height and spread of approximately 70cm, this is great plant for any garden. I have not grown this one before but it is now on my shopping list.

Not sure this plant is named after our Queen but it being Christmas, this is my alternative to the Queen’s speech. 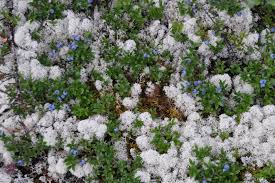 Reindeer lichen is found in both hot and cold climates but mainly associated with tundra and boreal pine forest areas. A very slow grower only growing a few millimeters per year. Reindeer’s love to munch on this and it also has medicinal properties for us as well, good for curing diarrhea so I have heard.

You can imagine the smile on my face when I found that Motorhead had done a version of this Christmas classic. 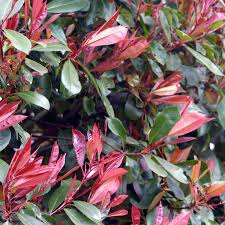 Not every ones cup of tea this one but one I actually really like. We often use to use it for some of the floral displays at Trinity’s May ball’s. A wonderful evergreen shrub that produces striking red leaves when young, that show up wonderfully against the older glossy green leaves. A very large hardy shrub who’s common name is the ‘Christmas Berry’.

I went for the original for this one, as  you will find no – Jackson Five songs in any of my posts! 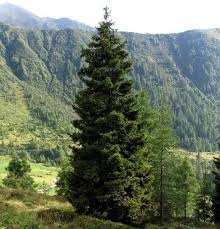 The Norway spruce is widely grown for the use of Christmas trees but if allowed to grow fully, they can reach to well over 100ft tall but being quite a fast growing conifer….it doesn’t take long getting there. If I had a garden big enough, I would love to have one of these in it.

With many a Christmas rock song on the net, I thought this had one of the best videos to it.

The next song is not rock and there is no plant connection, it is a gentle number by a singer that has the most beautiful voice in the music industry. The perfect Christmas song to end on….

Instead of being a time of unusual behavior, Christmas is perhaps the only time in the year when people can obey their natural impulses and express their true sentiments without feeling self-conscious and, perhaps, foolish. Christmas, in short, is about the only chance a man has to be himself. ~ Francis C. Farley