A complete contrast from the last post I wrote. You will not find any peace in this post…. quite the opposite! They’ll be no swearing in this one either, my Mum told me off! I’ll still get in trouble though, she’s a big Cliff Richard fan 😉

This one is for the complete horticultural ‘metal head’. The music is loud, fast, aggressive with lashings of sex, drugs, blood and Satan. You’ll find no Val Doonican or Cliff Richard here (even though I’m sure Cliff is the devil), just extremely loud music.

I am not going to go completely into the origins of thrash metal but the early roots started off in Punk music. Many saying that Johnny Ramone was the original thrash guitarist. Fuse that together with the likes of Motorhead, Venom and the bands from the NWOBHM (New Wave of British Heavy Metal) and your getting close to the thrash metal sound; along came ‘The Big Four’ and so on and so on…..

So how am I going to mix this with the plant world? You’ll see. It will not always be by name either, there are a few plants out there that fit quite nicely into the Thrash Metal scene well, I will make them fit anyway.

Funny looking fella that is found in North America and in Europe. This mushroom is classed inedible but not toxic, I certainly would not eat the little bugger though! Oops… sorry Mum! 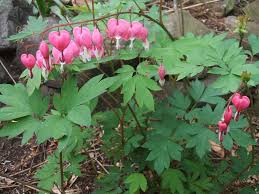 Bleeding hearts, lady in the tub this is one of my all time favourites. A wonderful spring time flowering herbaceous perennial a must in any garden.

Plant in full sun to part shade in a well drained but moist soil. Watch out for those thorns, it is a spreader and can grow to 30ft in height. Great autumnal colour.

A great classic song released in 1992. A song about people with bad attitudes taking a long walk. 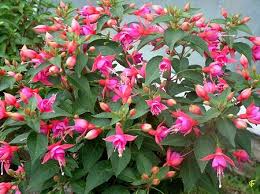 An upright deciduous shrub. Growing to 0.5m in height and roughly the same in spread. I know very little about this one and is only in so I could fit in the following song.

Released in 1989. This song is about a girl who thinks she is being terrorized by the boogeyman. She asks her for help but when she is ignored, she goes insane. Supposedly based on true facts.

A beautiful semi – evergreen perennial with wonderful trumpet like flowers. Great one for outside in the summer, but bring it in before those frosts. All parts of the plant are toxic but unfortunately, not to the Red Spider mite…. they love ’em.

Thrash metal band from California, have been around on and off since 1982.

Rosa ‘Peace’ also known as Rosa ‘Madame A. Meilland’. A Hybrid T Rose that flowers between July-October can reach just over a metre in height and has lightly scented yellow flowers.

Released in November 1986 and it is my all time favourite Megadeth song.

It is a beautiful hardy spring flowering herbaceous perennial. It gets its name from the red toxic sap within the roots, I would wear gloves when handling the rhizomes.

Is a song released by Sepultura in 1996. Sepultura is a band from Brazil and they have been around since 1984. 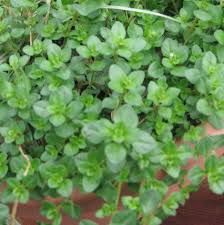 A small bushy aromatic dwarf shrub. Everybody either knows this plant or has got a thyme in their garden.

Anthrax – Got The Time

A great catching tune from Anthrax, released in 1990 it has to be one of my favourite of theirs. 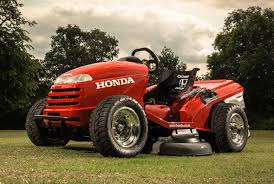 Now I wonder if I could persuade my employers that I need one of these lawn mowers shown above.

Lawnmower Deth – Kids in a America

A British thrash metal band from Nottingham, England. They have been around on and off since 1987, often doing cover songs.

Its a dwarf evergreen compact shrub, that has a height and spread of approximately 0.5m. Not very interesting but can be useful in certain areas of the garden. White flowers in the summer.

Folk/Thrash metal, not a combination you would normally expect. Formed in England in 1990 and still going today, Folk/Thrash…. I think it works? Says me trying to fuse Heavy Metal with gardening all the time!

And now to the end song. For those of you who are not into thrash and have lasted the course, this will be a blessed relief. I could of very easily made it more demonic though, by adding some Cl*ff R*****d…. but thankfully, he’s not thrash metal!