‘Day by day the vine-leaves curl
Revealing the heavily hanging grapes
In tempting clusters of rarest shapes,
That out of the heart of summer grew;
Dusky-purple and amber-white,
Warmed in the nooning and cooled in the night,
Mingled of honey, and sunlight, and dew.’
Harriet McEwen Kimball (1834–1917), “In Autumn”

Autumn is well and truly upon us and with Halloween and now Bonfire night out of the way, it can only mean one thing……… Christmas is just around the corner.

Also, it is that time of year when I put together one of those highly scientific and well researched weather forecasting posts that predicts the coming weeks/months weather.

One of the lines of research I normally use, is the ‘Daily Express’ but this year, it has had another major news story that it has been banging on about, which means their weather forecasting predictions have been pushed to one side.I am not admitting to buying the ‘Daily Express’ (I use a different brand of toilet paper), I just see paper reviews on Sky News in the morning, which is enough to put me off wasting my money on most of the newspapers we can buy. Until recently, I hadn’t seen any wild forecasts for this winter and beyond.

Thankfully, the internet has a wealth of information I can call upon and along with plenty of guess work and flipping of a coin …… it’s enough to scrape a post together.

For the last few weeks in our part of the world, we have had very little rain and have had warmer than usual temperatures for September and October. In a couple of the gardens that I look after around the Cambridge area, I have seen a few of the well established shrubs looking a little stressed due to the lack of rain. So, in the next coming days and weeks, we could do with top up of the wet stuff, preferably rain but I certainly won’t complain if it snows.

So what does the remainder part of the autumn and the first part of the winter have in store for us. What I have heard is that our winter will be on average, colder than usual. Now, I’m not sure if this is going to be the ‘Daily Express’ type of cold, which usually means we will all be frozen to our settee’s whilst watching ‘Strictly Come Dancing’ even though the heating is on fall whack and we will have to dig our way out of the house because the snow is so deep. Or, the type of winter where we have two millimeters of snow and the whole transport system grinds to a halt, with the temperatures only slightly colder than your fridge. As for my prediction, I reckon we will get a mild, wet, damp nothingness of a winter, just like the last one …… and I do hope I’m wrong on that one. 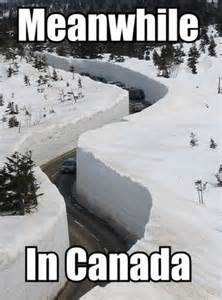 As for the beginning part of 2017 and not long after the last of the ‘out of date’ mince pies have been eaten and the first signs of Easter have entered the shops (usually just after the New Year’s hangover has subsided), I expect we will probably get our coldest part of the winter. Now, I am a big kid when it comes to snow but I do feel we need a good cold winter. Having been a gardener for around thirty years now, I feel the seasons are a little out of kilter and the gardens would benefit from having a proper winter. Plenty of those cold frosty mornings that make your garden sparkle in the winter sun and a good dumping of snow wouldn’t go a miss either.

‘Then comes Winter, with bluster and snow,
That brings to our cheeks the ruddy glow…’
~Gertrude Tooley Buckingham, “The Four Seasons”

Now this year’s spring is one I wouldn’t want to repeat. I don’t know if it is that I am getting older but I found this one particularly tough and a right old battle, or was it just the case that after having a winter that was boringly mild and damp; I was looking forward to something a little more interesting and not just more of the same.

As for spring 2017, I have read on the internet (for our part of the world) that we could be heading for a very cold start for the first part of the spring then turning a lot warmer and drier later in the season. As long as we don’t have a spring like we had in 2011 when we had hardly any rain. It got so bad in the spring of 2011, I had threatened to do a rain dance wearing a pink Tutu! Thankfully, the rain did eventually come and the tutu was not needed, although the tutu is still on standby….. just in case!

I gave up at this point and decided to go and put the kettle on to see what the to tea leaves had to say but I had a coffee instead……which didn’t give me any decent results. The coffee granules where a bit boring and didn’t really tell me anything….just like this post!

What will be, will be! As the weather is as unpredictable as politics…… that’s us f****d then!